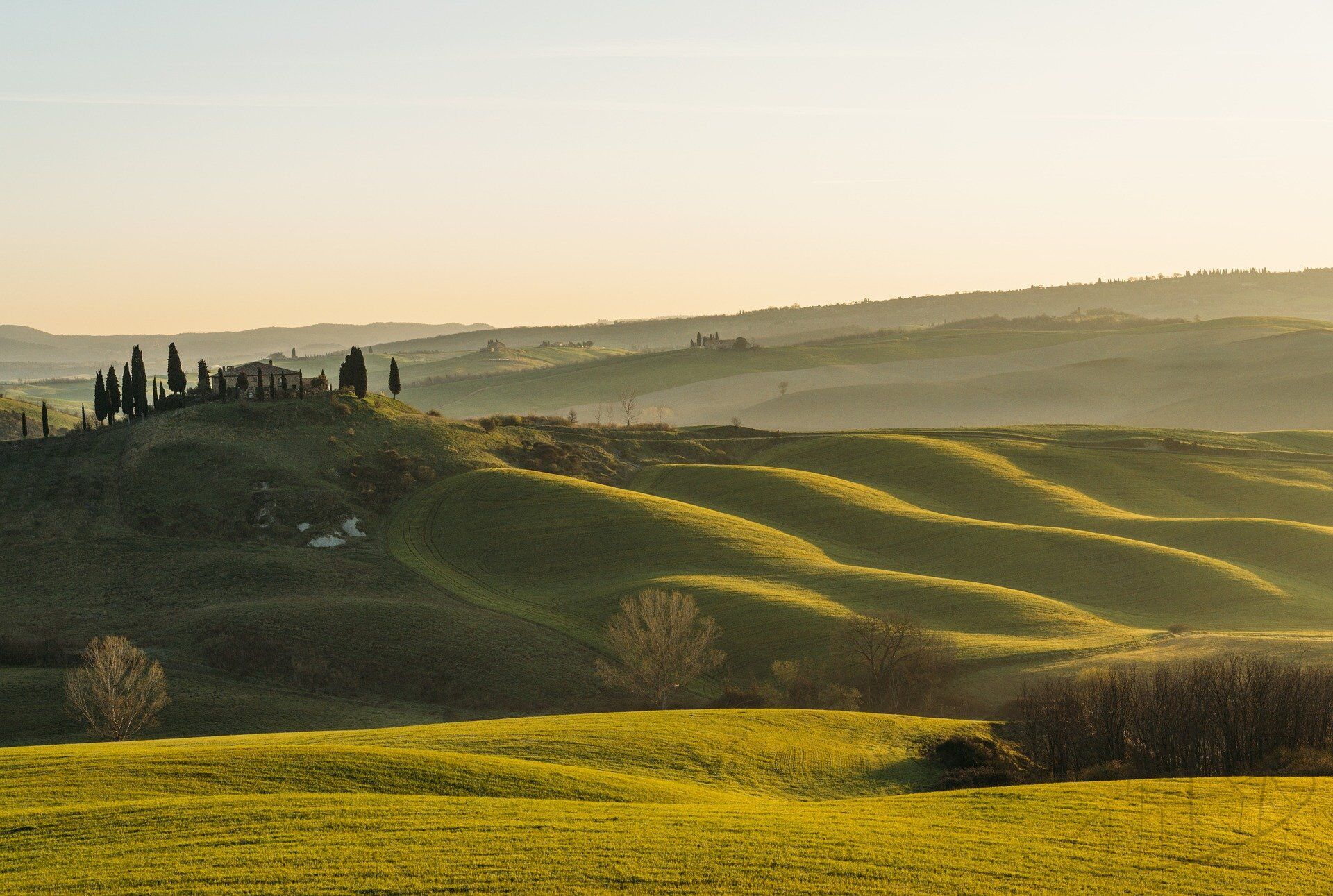 The Excellences Of Val d’Orcia

Described as “the most beautiful countryside in the world”, located between gentle hills with rows of cypress trees, spa areas and cities of art, it produces well known wines, excellent oils and other delicacies.

For many people, Val d’Orcia is the most beautiful countryside in the world. Formed by the five Sienese municipalities of Castiglione d’Orcia, Montalcino, Pienza, Radicofani, San Quirico d’Orcia and other beautiful villages, it is a “noble” Tuscan territory recognised by UNESCO as a World Heritage Site.

The beauty of the landscape is unique throughout the Orcia wine production area, from Crete Senesi to the gentle hills with rows of cypresses, castles, medieval villages and abbeys, among sown fields alternating with pastures, olive trees and vineyards.

Among the excellences of the territory stands out the docg Brunello di Montalcino, one of the most famous historical wines in the world that has totaled the highest scores on all international guides. A boom launched thanks to historic producers such as Stefano Cinelli Colombini’s Fattoria dei Barbi and Biondi Santi’s Tenuta Greppo which have made Brunello known to the European noble courts. Starting from the 1980s, also the Banfi winery has given a strong boost to exports, especially to the United States.

Today, the municipalities of Orcia are among the most exclusive tourist destinations also due to the existence of spas of excellence in Tuscany. Like Bagno Vignoni – we recommend the hotel Le Terme di Bagno Vignoni – Chianciano Terme, Bagni San Filippo and San Casciano that are dei Bagni are magical and representative places, where wine therapy is also available.

The production of Orcia Doc is located between that of Brunello di Montalcino and Nobile di Montepulciano, some of the most important areas for the production of great wines. All this goes with artisan products, excellent food and typical Tuscan dishes as only Italians can offer.

Val d’Orcia is one of the most unspoilt territories in Italy, a land of extraordinary beauty, capable of daydreaming. Here time seems to have stopped in the Middle Ages; there has been no invasion of modern constructions, nor concrete. In this area that has been protected against wild building for decades, wineries respect sustainability and innovation. Villas with Italian gardens stand out, such as Villa La Foce in Chianciano Terme, an example of civilization and culture or Fattoria del Colle in Trequanda by Donatella Cinelli Colombini, with an ancient history and a winery projected into the future and where a long time ago, the nobles spent their holidays. It is no coincidence that the master bedroom of the Grand Duke is located inside the sixteenth-century Fattoria del Colle and can still be visited today.

The Tuscan noble families have always loved this land and they built villas and castles that represent the typical culture of Siena and that in a certain way shaped and built a farmers’ tradition – we recommend to visit the Museo Della Mezzadria in Buonconvento, in the province of Siena.

In Val d’Orcia there are two great wines, Brunello di Montalcino and Orcia doc. By the way, the Orcia culinary tradition is much more than this: it’s the land of white truffle, of aglione, a big garlic appreciated because it does not alter the breath, and again, the saffron, typical of San Giovanni D’Assso, Pienza and San Quirico D’Orcia. The extra virgin olive oil, the pecorino di Pienza, the pork cold cuts of Cinta Senese, the pici or pinci, that is the characteristic spaghettoni accompanied by the goose ragù, the black Sienese crostino with entrails, the Chianina steak, the scottiglia, a dish of mixed meats. Then, in the Trequanda area, there’s peposo, a dish based on meat. Not to mention Sienese desserts such as panforte, ricciarelli and copate.

There are countless enchanting locations like Pienza, a kind of terrace over Val d’Orcia, commissioned by Pope Pius II, the first town in the world built on an urban project: it’s a beautiful village, whose historic center looks like a dip in the past, from the Duomo to the Piccolomini Palace, to the romantic via del Bacio. Precisely in Pienza there is the famous Tuscan craftsman Piero Sbarluzzi who works with terracotta and who years ago also created the work “Vita” depicting a woman looking at the stars dedicated to the astronomer and astrophysicist Sandra Savaglio.

By the way, prestige does not focus only on wine, but also regards agricultural production in general, the opportunity to visit a unique territory, the synthesis of the Tuscan lifestyle. Visitors are constantly growing, because Val D’Orcia is a land that deserves seeing once in a lifetime.

Interested in a house in Val D’Orcia? See our selection: https://www.italianluxuryasset.com/provinces/tuscany/