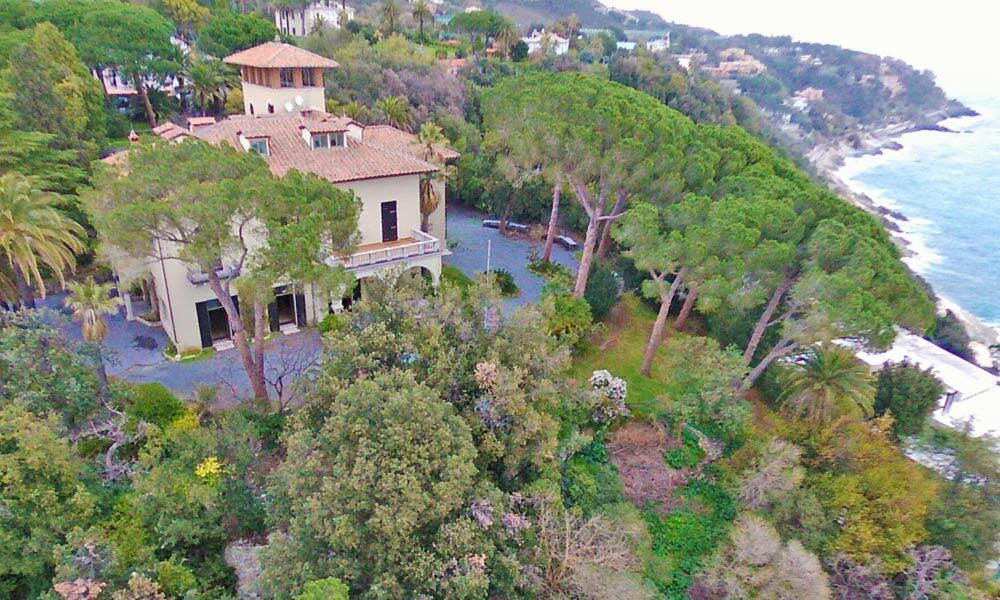 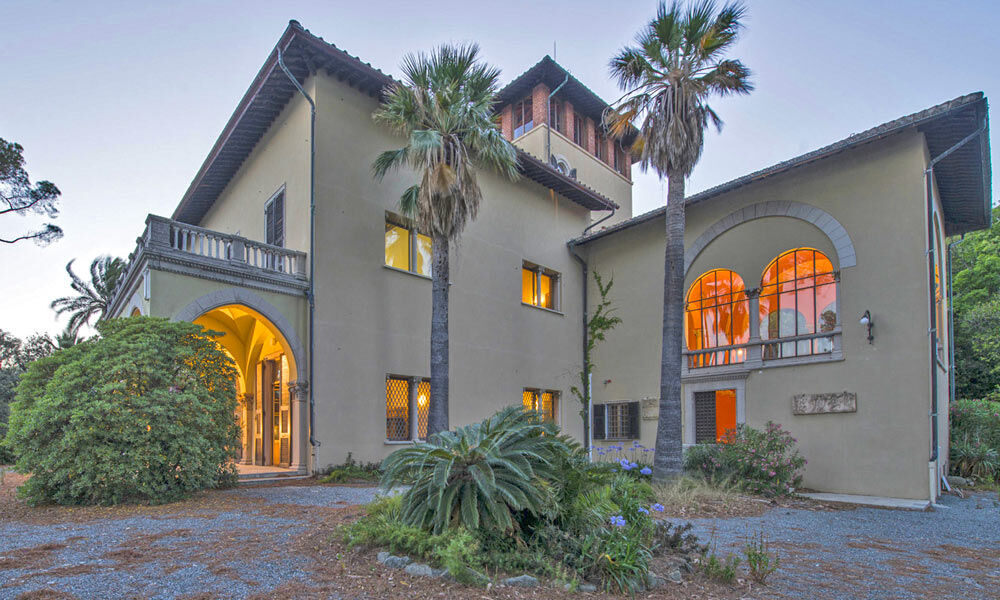 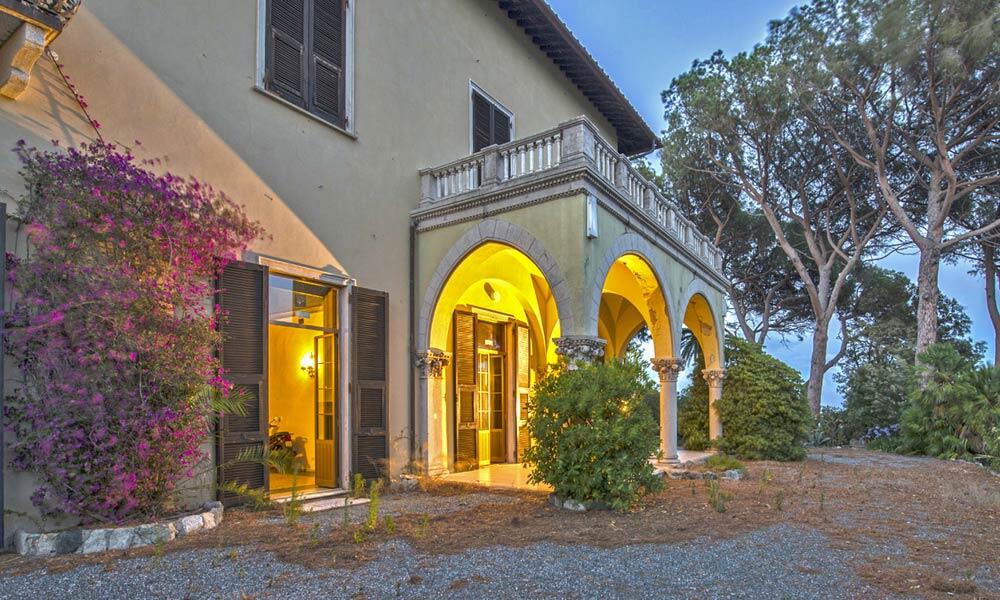 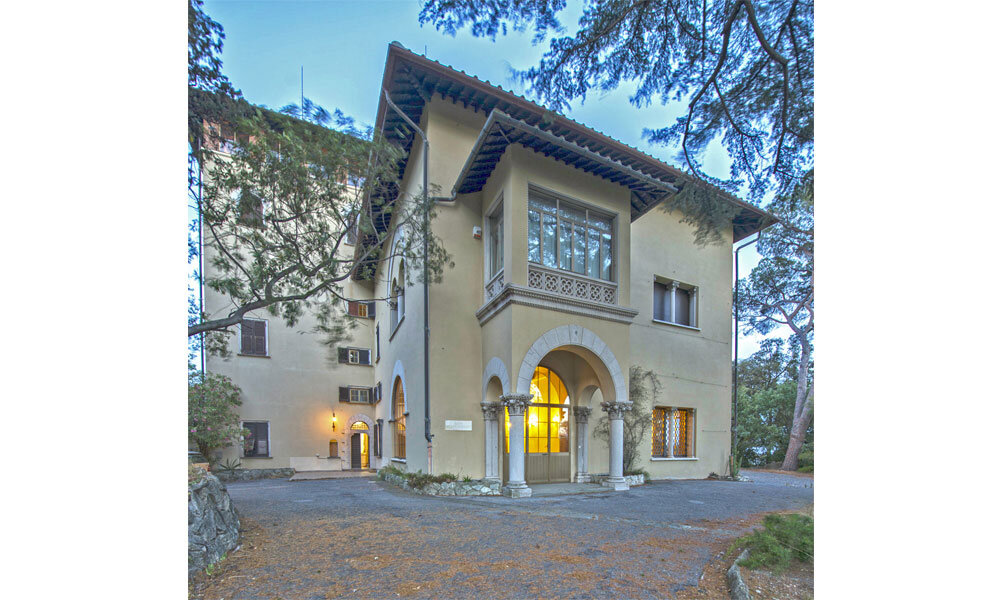 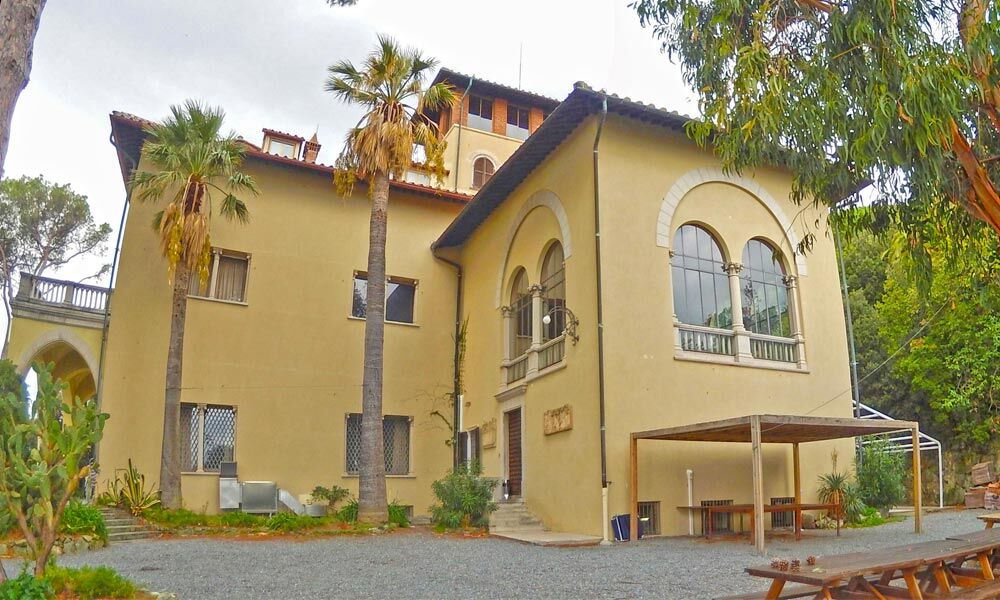 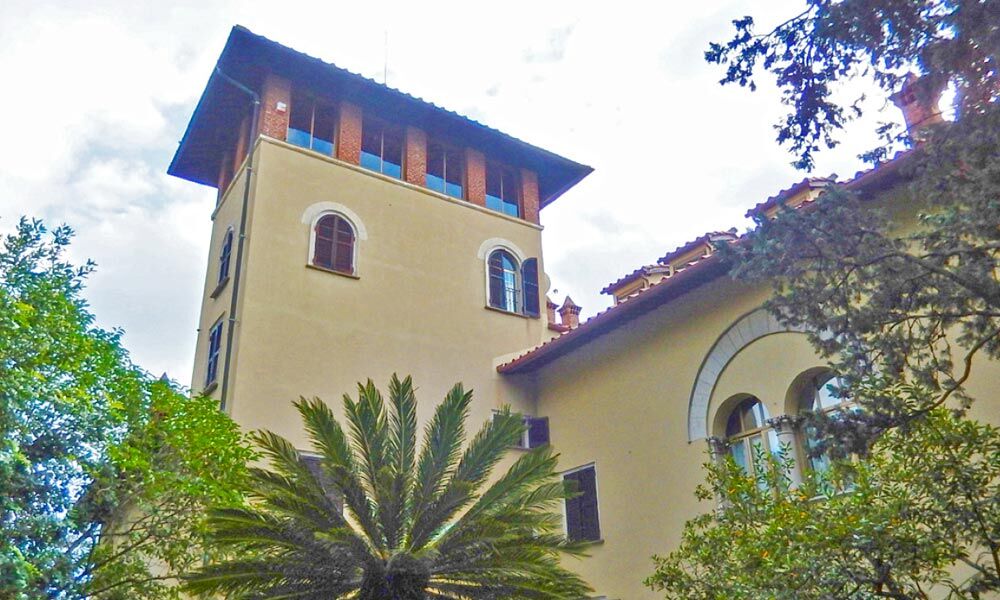 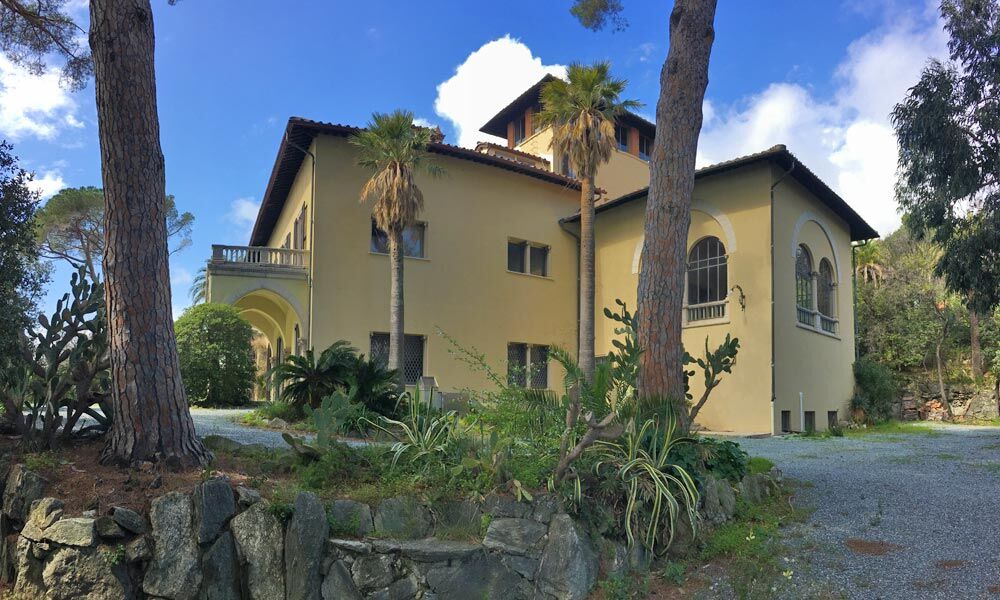 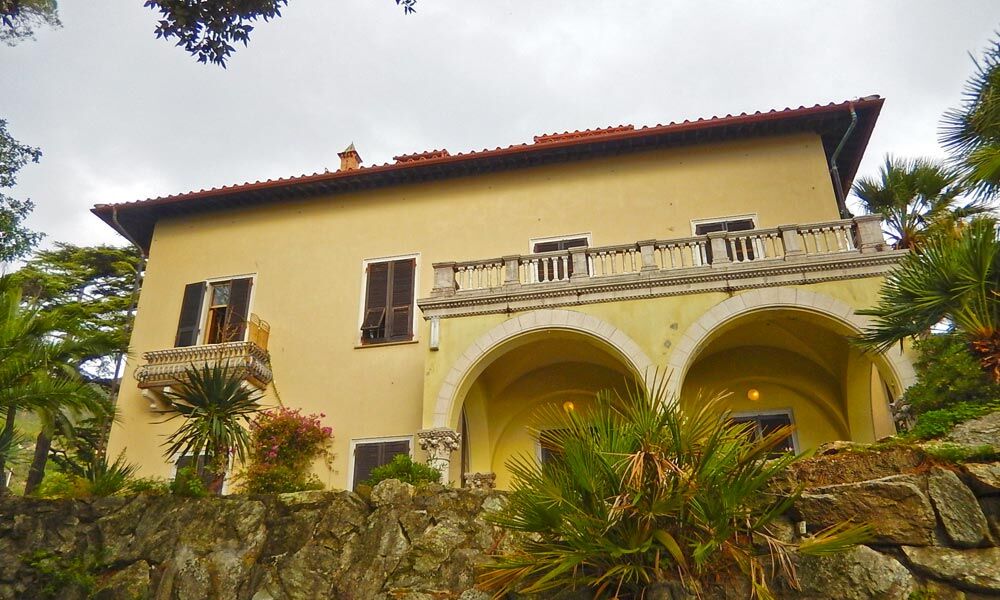 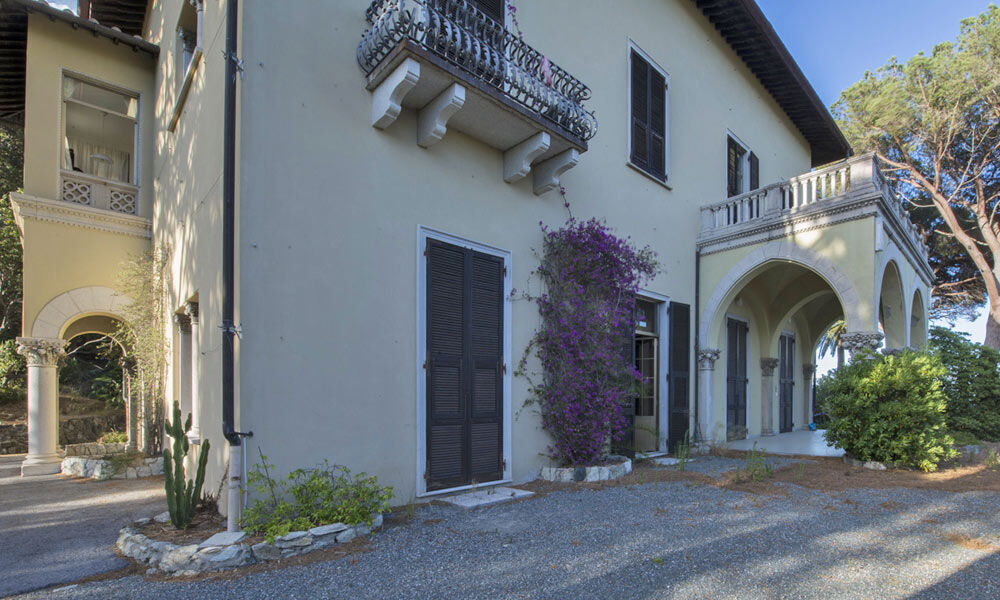 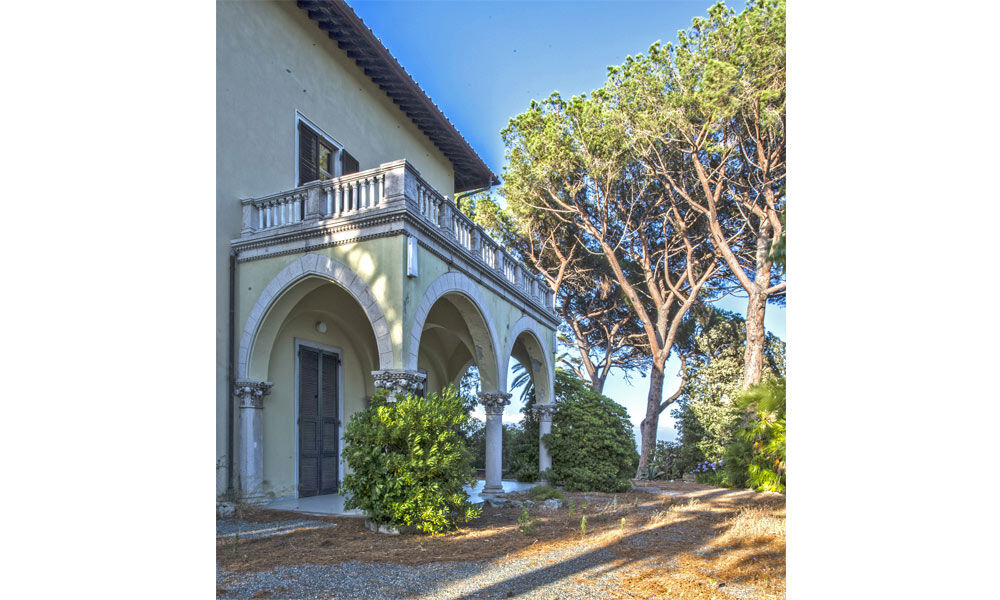 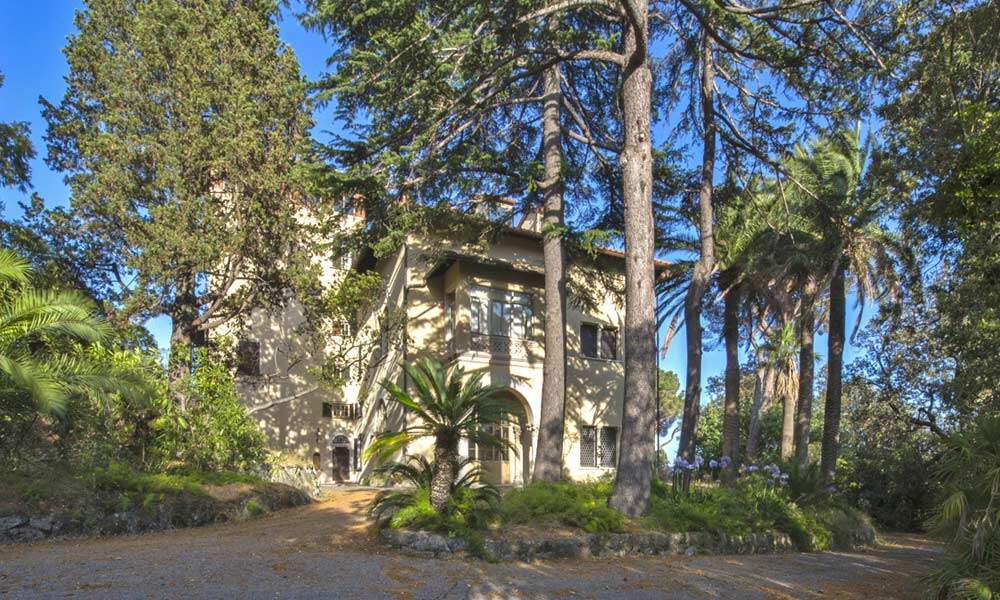 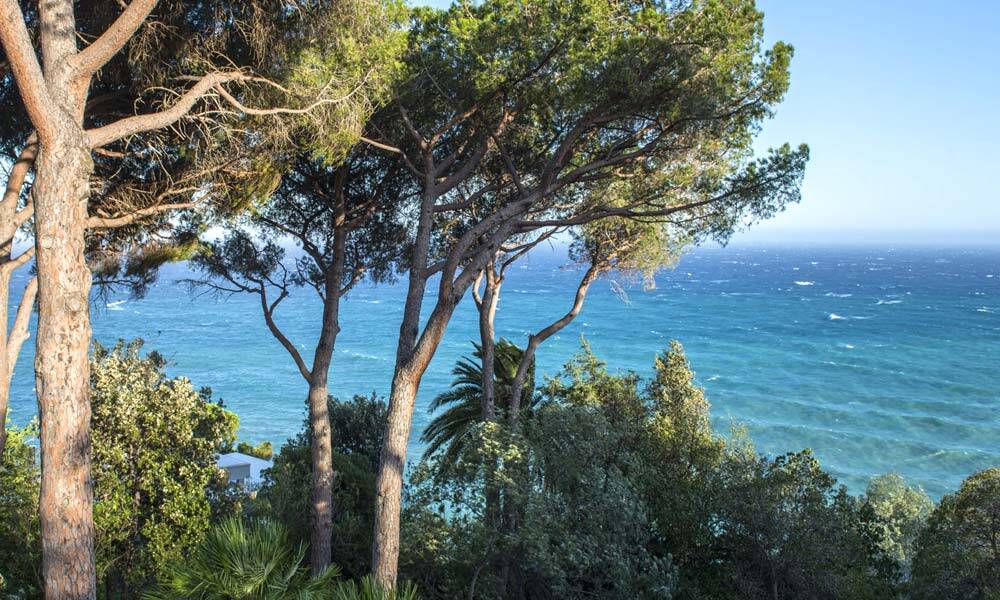 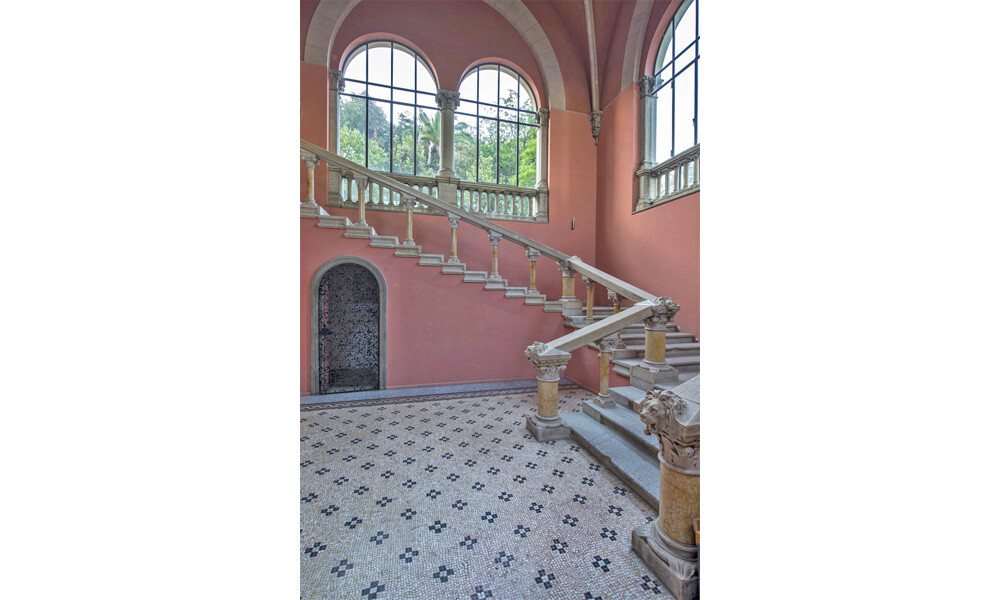 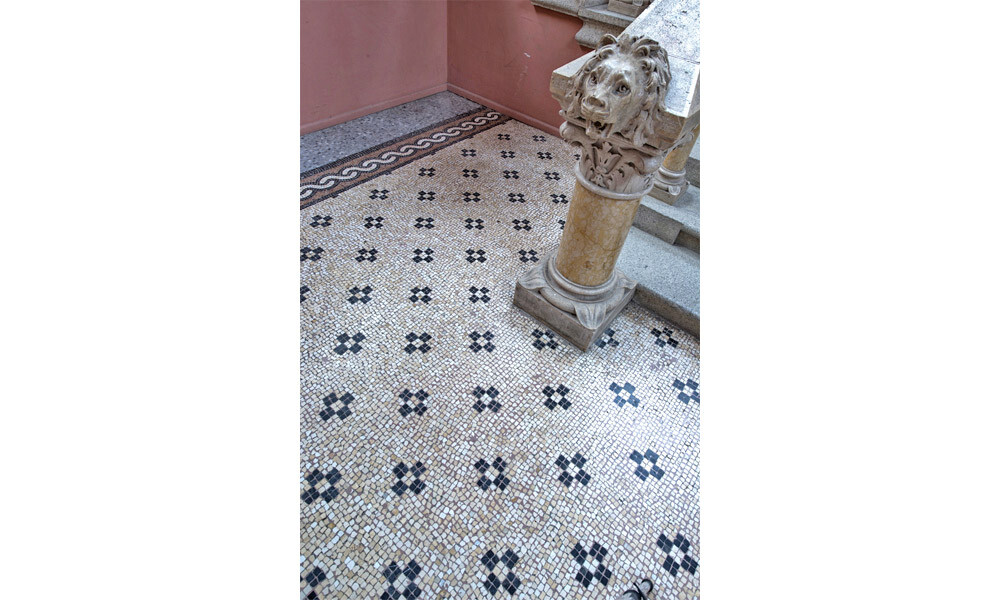 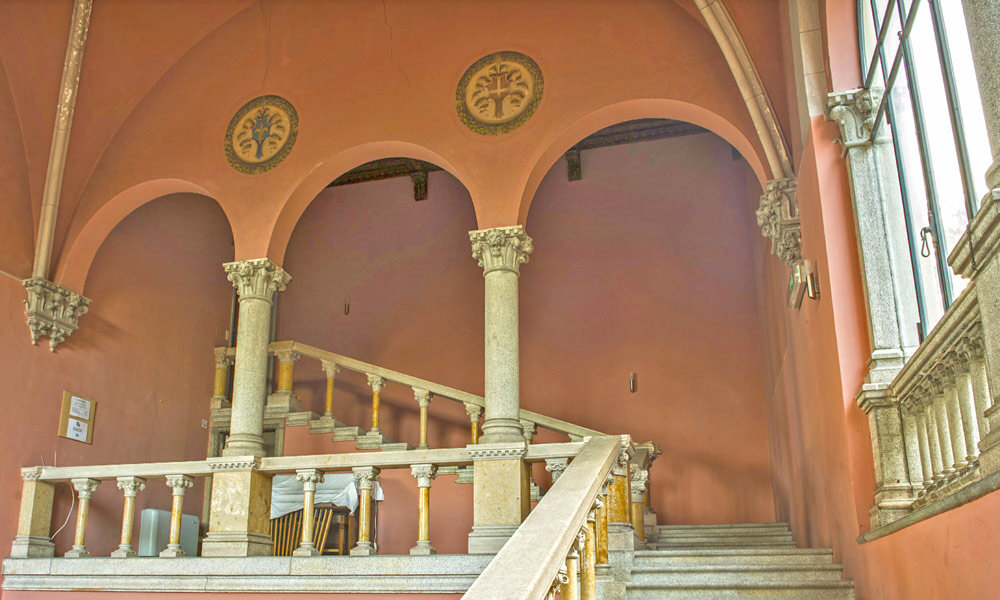 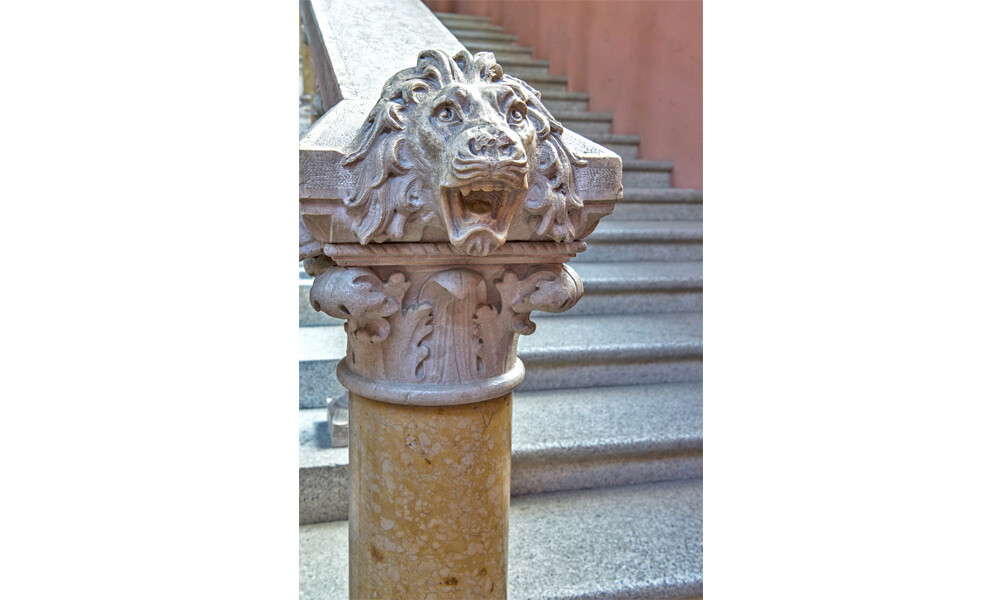 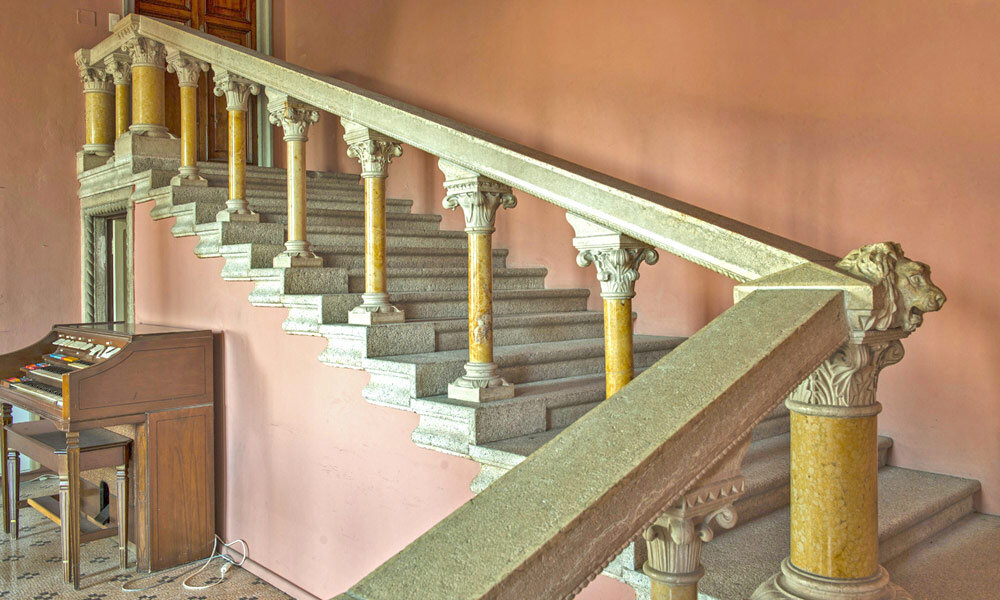 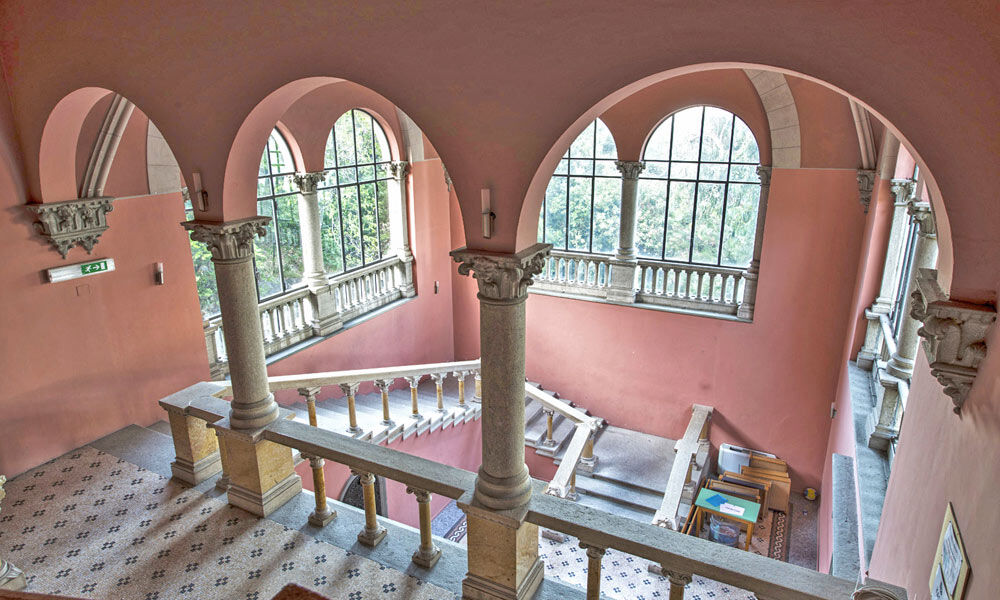 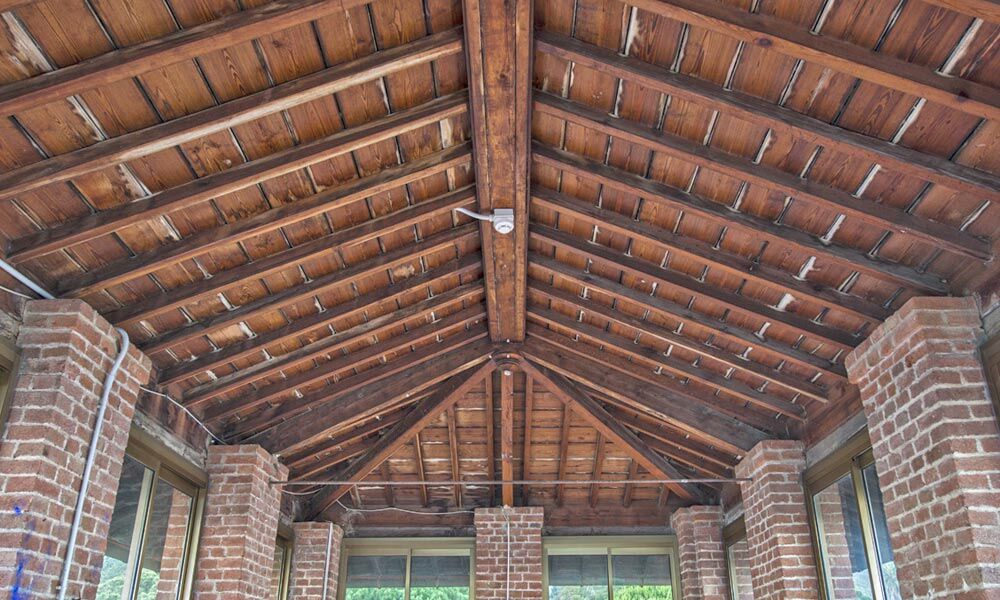 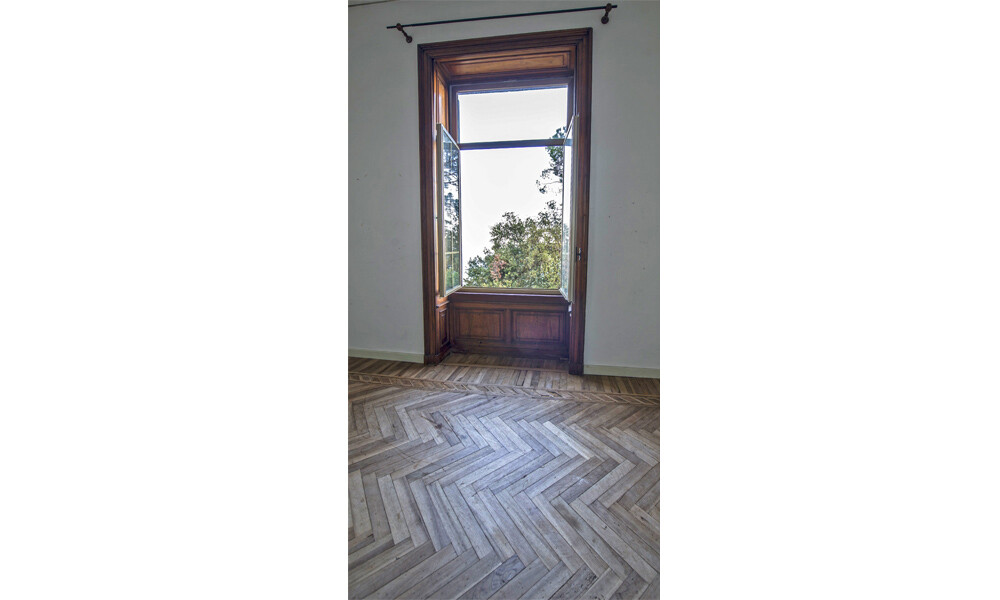 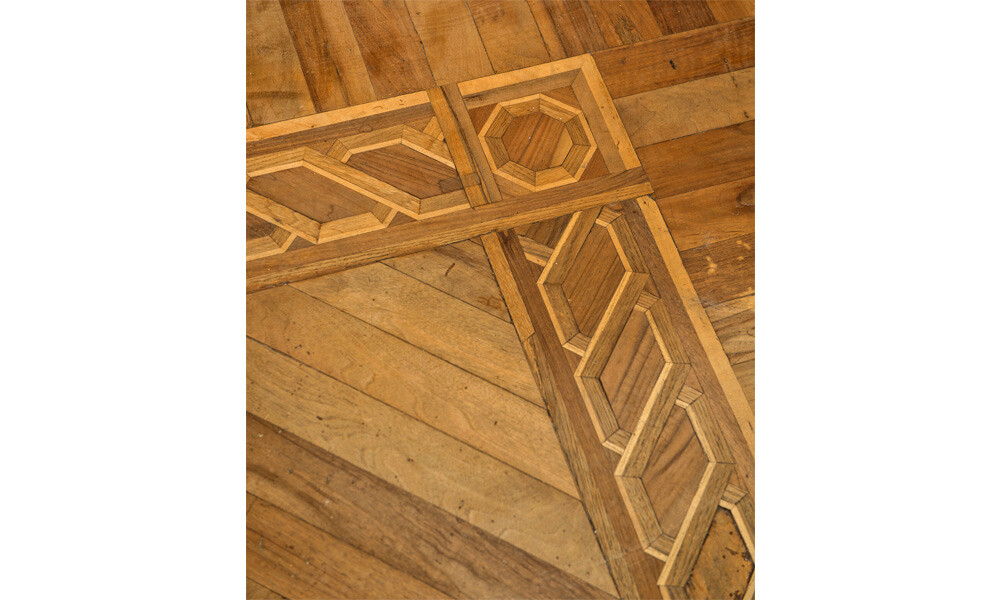 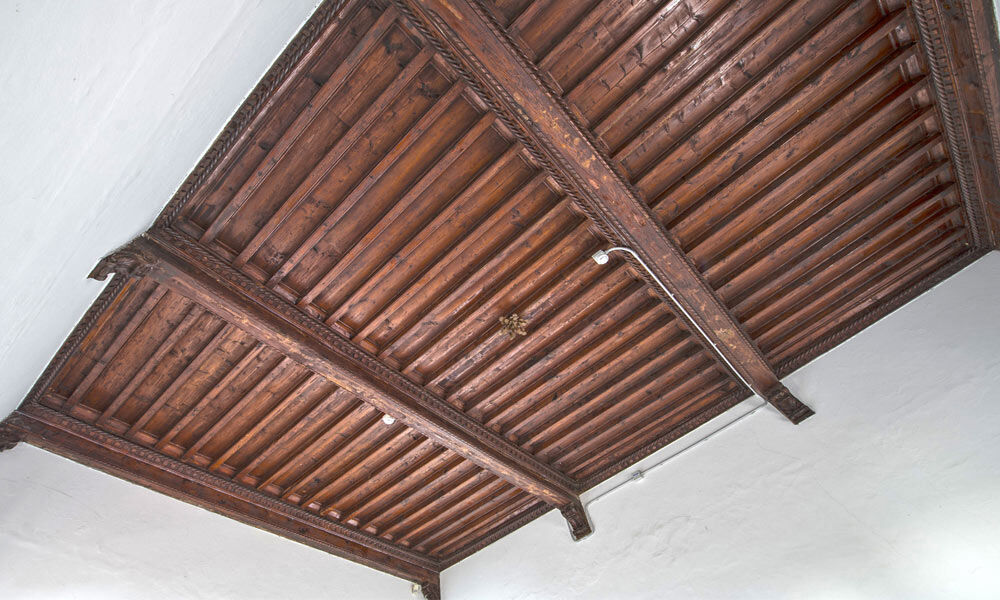 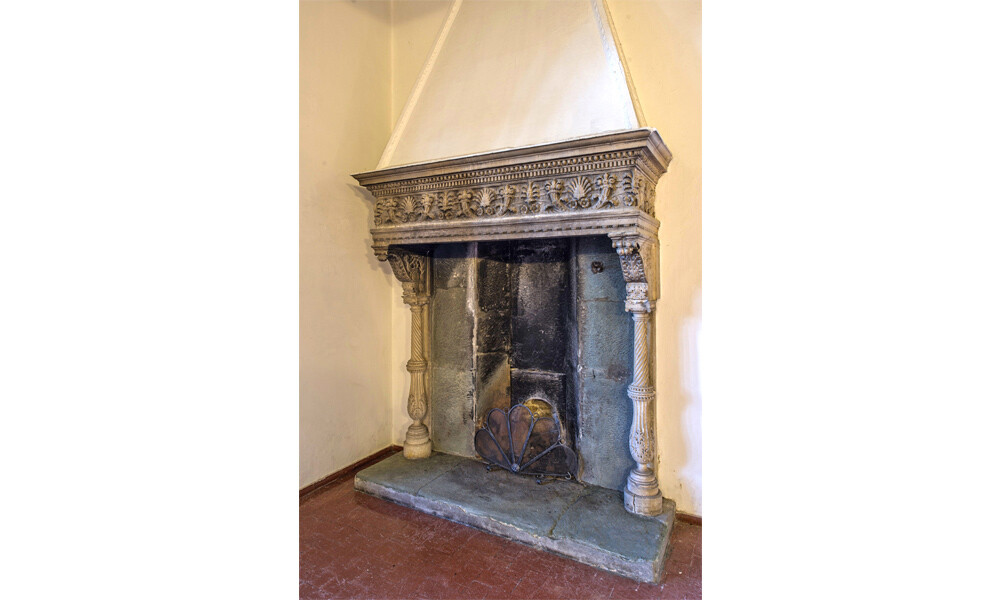 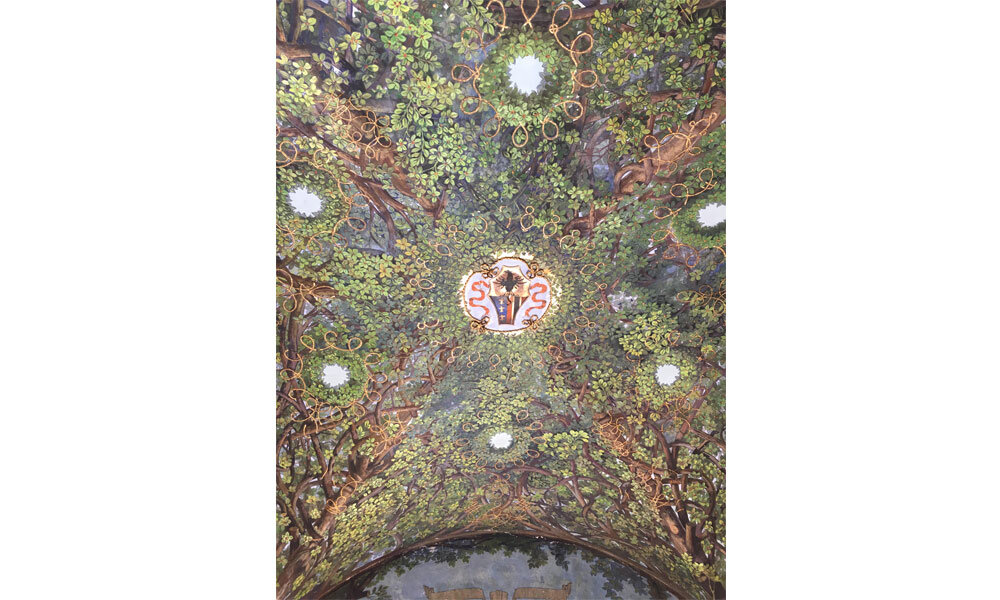 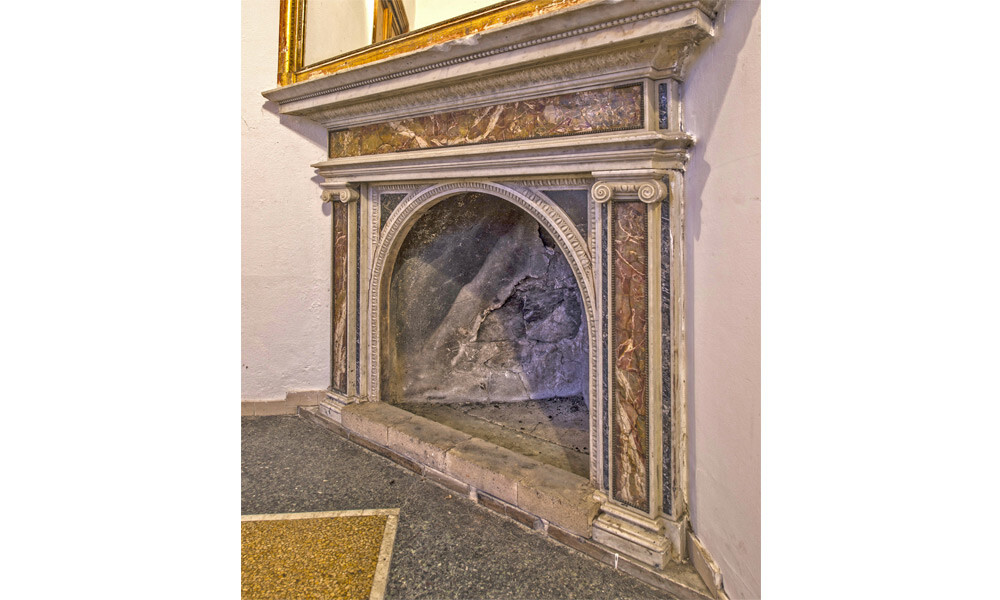 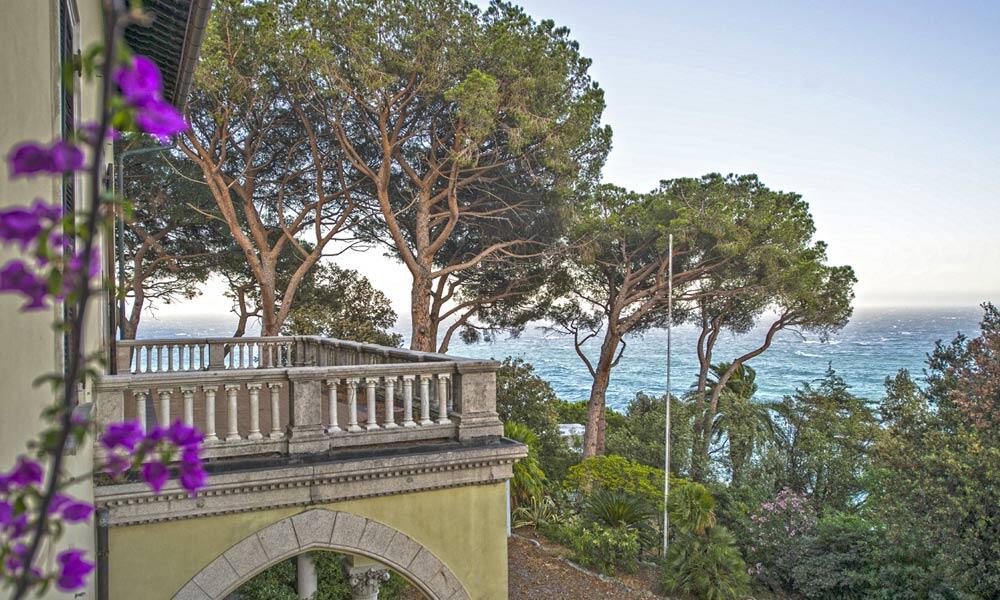 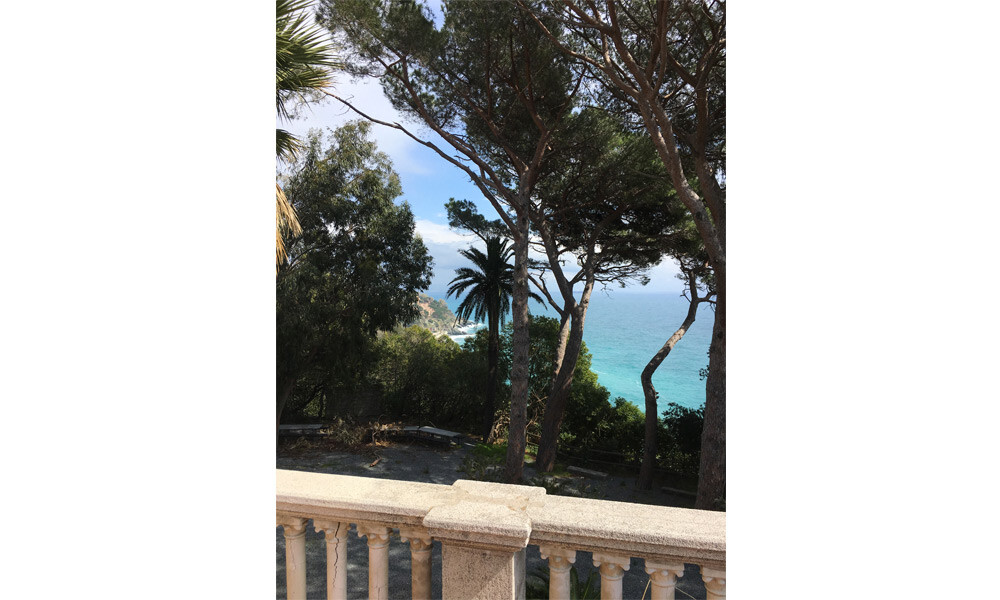 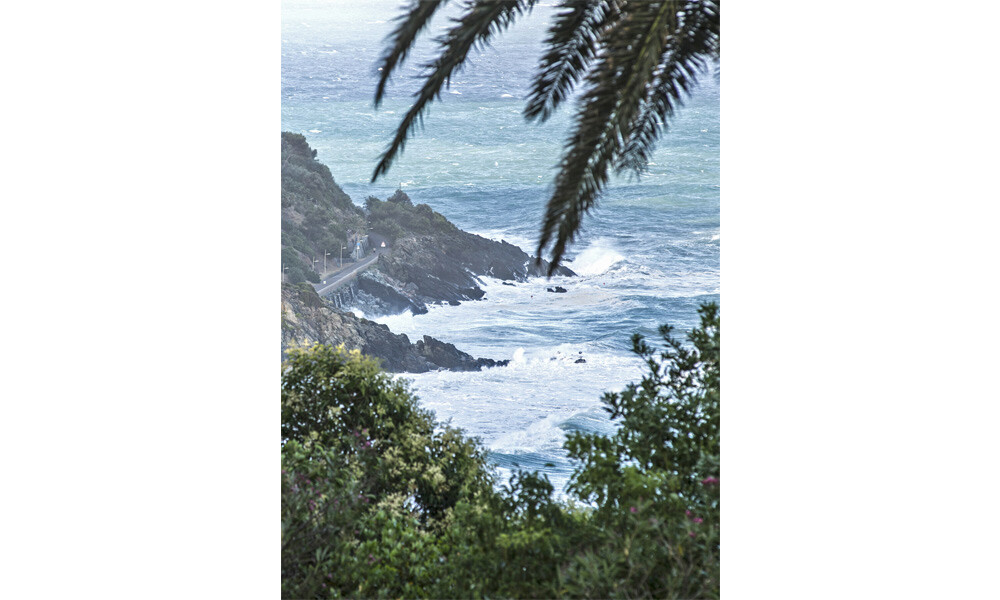 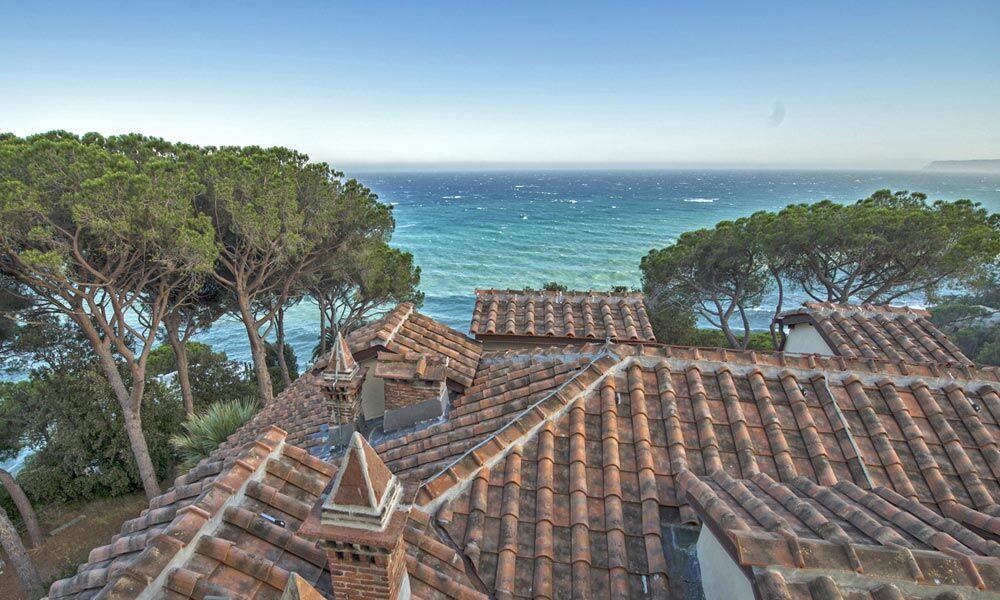 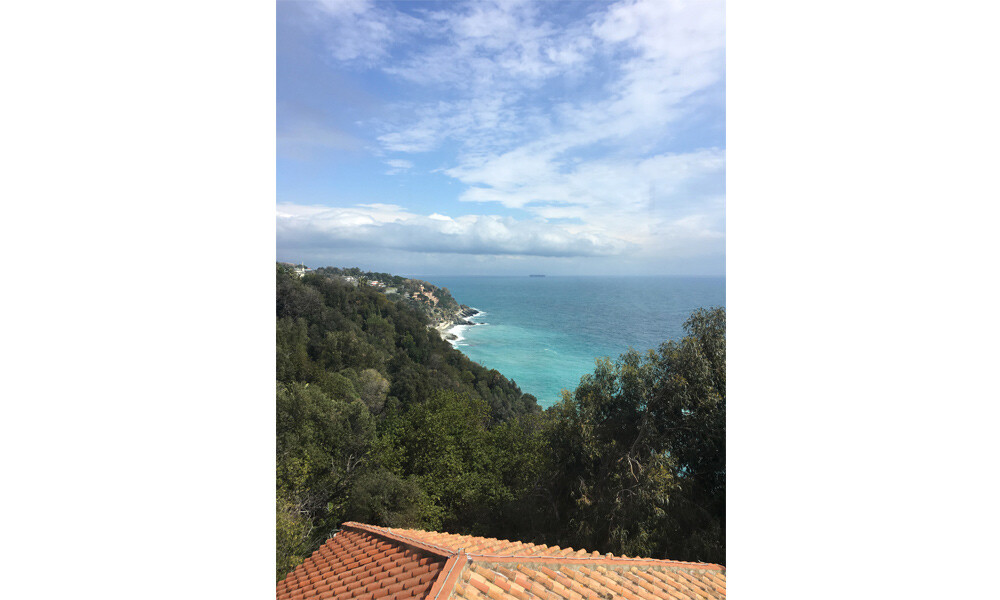 Villa Giorgina rests on one of region Liguria’s most scenic sections of coastal residential real estate.

Surrounded by a large park that protects it and makes it exclusive and independent.
Also protected by the urban plan of the Municipality of Varazze preventing new construction in the area.

The independent position, secluded, but easy to reach, makes this villa attractive as a :

. Private residence (back to its origin)
. Representative office for a company.
. Holiday villa on the luxury tourist circuit
. Boutique hotel

Villa Giorgina was originally built in 1898 for Donna Elvira di Borbone, the daughter of Don Carlos di Borbone who was disowned by her father because of her love for the painter Carlo Folchi.

Villa Giorgina is located on the coast of Varazze 60 meters above sea level giving spectacular panoramic views.
500 meters from the exit of Varazze and a few minutes drive from the center of town (about 2 km), Villa Giorgina is half an hour from the international airport Cristoforo Colombo of Genoa, a few hours from Milan and little more from the Swiss border .
One hour from Portofino and less than two hours from “Cinque Terre“.
One hour and a half from Monte Carlo and France (Nice and Cannes).

Liguria is the half of a mountain valley, the second half, in front, is the sea.
Someone says that the coast of Corsica is this second half, detached millions of years ago.
Region Liguria is divided into four provinces corresponding to the main areas (from east to west):
1. La Spezia and its surroundings (Portovenere, Lerici, Cinque Terre)
2. Genoa and its surroundings (Arenzano, Nervi, Rapallo, Santa Margherita, Portofino, Chiavari, Zoagli and Sestri Levante)
3. Savona and its surroundings (Varazze, Celle, Albisola, Spotorno, Noli, Finale Ligure, Albenga, Alassio)
4. Imperia and its surroundings (Sanremo, Bordighera, Ventimiglia). Moving along the coast, the landscape changes slightly, as well as the climate. Roughly we can say that the east coast is narrower and steeper than the west (Cinque Terre vs Bordighera), and that each bay has a different landscape, colors and climate (The Imperia province is normally 5 degrees warmer than the other areas in Liguria).
This can be proved tasting the “focaccia” a typical ligurian food, that changes its flavor, its thickness and its receipt every few kilometers from La Spezia to Ventimiglia passing through the “Recco cheese focaccia”, the typical Genovese “fugassa” (plain or with onions), the Finalese focaccia with rosemary to finish with the Sardenaira of Sanremo with olives, tomatoes and anchovies (but don’t call it pizza please!).
Same story with “farinata” another typical Ligurian food that takes its origins from the middle east.
Liguria is also a cradle of Humankind and this is evident especially in the west side (Finale Ligure, Toirano, Balzi Rossi) because of the limestone ground where caves were formed and gave hospitality to the first inhabitants.
This continues in France into the Verdun Valley forming, together, a prehistoric wide area.
The variety of landscapes allows visitors to enjoy many experiences so it is very difficult to have a boring vacation in Liguria.

Genoa Airport (GOA) is located in the centre of Liguria, it is close to town (15 minutes) and also to the Savona coast (Varazze, Celle, Albisola).
La Spezia is one hour from Genoa Airport (GOA) or Pisa (PSA).
Imperia is closer to Nice Airport (NCE).
Not to forget that Turin and Milan are less than two hours from Genoa (by car or train) and from Genoa it is possible to reach the Swiss boundaries in two hours.
There is another airport in Albenga (ALL) that is connected with Rome.

Villa Giorgina is currently under a project of development.
Our partner architect was recently appointed by the owner to conduct this work.
The project is in progress and is addressed to develop a design to allow a change in the property’s destination (acceptable to authorities) – from its actual use as an hostel to a new, more appropriate destination.

The restoration project forsees the reorganization of the internal spaces and the creation of an outdoor pool to be used as a swimming pool during summer, and as a collector for rain water.

An elevator placed in the little tower next to the existing stairs, will ease access to all floors (basement, ground, first and second floor).

All prestigious rooms will be restored.

Roofs have been recently restored.

Ask for the floor plan.

Contact us: we'll send you the floor plan and all the information you'd like to know on this property.

All fields marked with an asterisk (*) are required

We use cookies to ensure that we give you the best experience on our website. If you continue to use this site we will assume that you are happy with it.OkRead more